Now I've finished the main europeans for India and most of my other carribean 'colonials'/pirates, before I embark on getting the Indian sepoys and native allies I needed to sort out storage space; after getting a permit from SWMBO I was allowed to take over a 'spare' wardrobe', so I added an extra shelf and now have ample space for my pirate island/ coast terrain modules, jungle trees, pirates, ships and colonial troops - with enough space to expand a bit :) 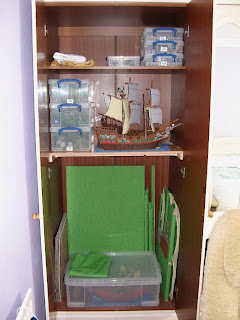 I've also got a small order in with Indus Miniatures for some native indian guns and crew which I'm waiting for, can't wait to see what their like. In addition the elephants which I undercoated last year (oops - a long wait they've had) have now had their second coat of brown wash - one step nearer to painting them !
Posted by tidders2 at 11:41 AM No comments:

Lord Clove and his trusty adjutant  ride round the parade outside the fort,  he passes the converged grenadiers and goes to take a look at his newly formed dragoons 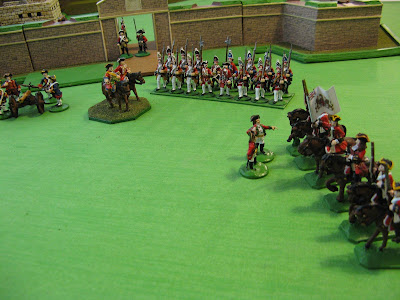 Next up the Madras european regiment with the german/swiss battalion (mostly recruited in europe from Wittenberg and Fenwick) at the rear .. 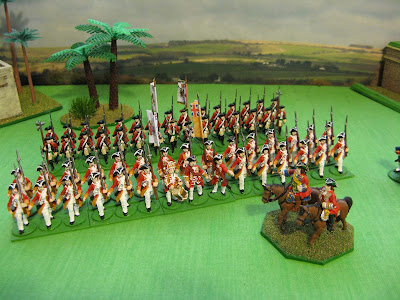 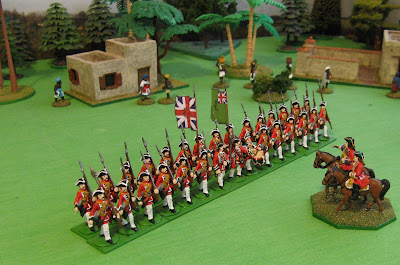 Lord Clove has a last look round before returning to the fort for a spot of tiffin ... 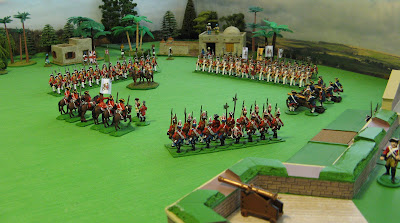