Have done a trial using two of the HMS Victory miniature ships I obtained a while back, one as bought and the other cut down to represent a frigate. 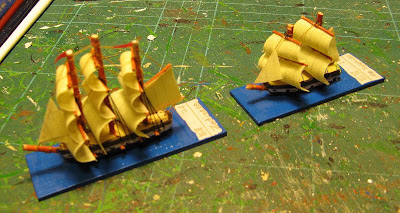 Most of the ships involved in the engagements in Indian waters were either 50/64/74 guns ships. For simplicity I will use the ships as supplied for these.  Each ship will be based, and on the base will be an identification strip showing Country Flag, Number Guns and Name.

Have tried to order from the suppliers all I need for this part of the SYW India project - I need 18 more ships, hope they have a enough stock.
Posted by tidders2 at 11:28 AM 2 comments:

India: Elephants - on the modelling desk

The three war elephants have been assembled, these are supplied with men to sit astride the elephant plus one side of the elephant has a moulded on holder for spears which had to be rmeoved - I had to scratch build the howdahs (Elephants and mahoots - Irregular Miniatures, men in the howdahs Foundry) 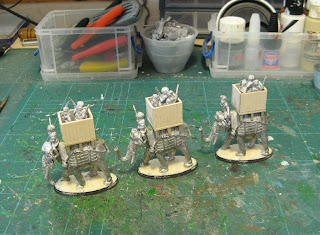 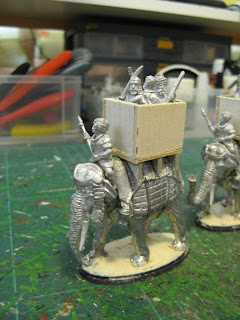 My next addition for the SYW in India will be some elephants, there will be one for the commander of a native army and 3 war elephants. Below is the command elephant (from Irregular Miniatures), plus a couple of oddment figures 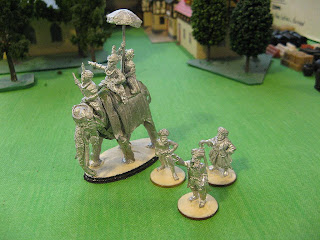 I'll be ordering three more elephants and scratch building some howdahs and crewing them with Foundry figs.
Posted by tidders2 at 2:41 AM 3 comments: