One of the problems with having a fixed set of backdrops is choosing what to have - I went with a generic European look, the only problem with that is when you want to do 1/1200 ships I put the blue sea cloth over the table but the backdrops jar - downland in the eye of view isn't quite right.

So I bought some new ones with just sky on and light grey cloud at the horizon (from the New Modellers Shop, see http://www.newmodellersshop.co.uk/backscenes.htm).  I cut up some 3mm MDF in 8inch widths to use as additional back scenes - these rest reasonably well again the fixed ones;  the back scenes as purchased are wider and longer than my boards. 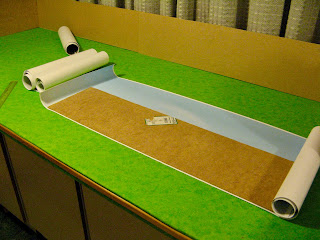 So I stuck the backscenes to the boards and trimmed off the excess; the two boards at the back of the table don't quite meet right - it seems my table is not quite flat - anyway the result is very pleasing overall ... 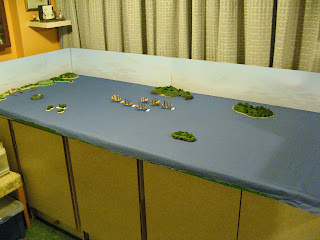 the horizon now looks more realistic, with the 1/1200 ships 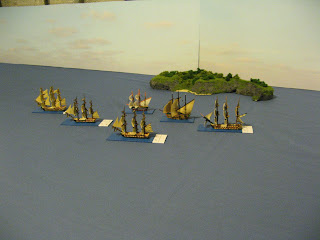 and the coastal sections 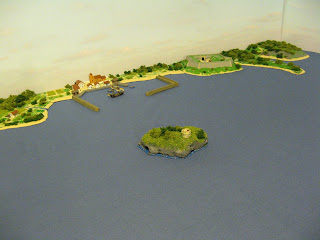 the alternative sky boards will be useful if I'm going to have sea as part of the table layout.
Posted by tidders at 3:35 AM 4 comments: